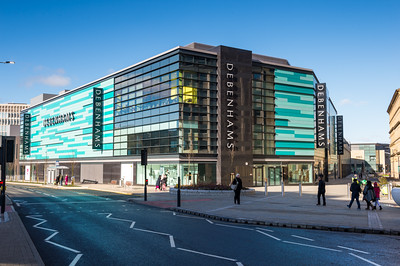 Central Retail has been part of the development and leasing team for the Broadway Bradford since its inception. We have been involved with the CPO, land assembly and negotiating vacant possession.

The Broadway Bradford was the largest shopping centre development to open in the UK in 2015. Central Retail, as part of the leasing team for Unibail-Rodamco-Westfield/Meyer Bergman has helped deliver major new lettings to retailers including Debenhams, M&S, Next, H&M, Topshop, River Island, New Look, Superdry, Boots, JD, Paperchase, Office and Body Shop.

Central Retail is one of the UK's leading property consultancies advising owners and occupiers on all aspects of Retail and Leisure property.

Our core services include:

Established in 1999, Central Retail has grown to become one of the UK’s leading consultancies in Retail and Leisure property.

We have extensive experience of the occupier market and represent many of the UK’s leading institutions, property companies, developers and national retailers/leisure occupiers. With experience working in London's West End we are strategically placed to advise on all retail and leisure property matters throughout the UK.

Simon has worked in the Retail Property Industry for 30 years. Having worked as a Director at Churston Heard (now JLL) in London for 11 years he established Central Retail in 1999. Advising both retailers and landlord’s across the UK has given him a valuable and comprehensive understanding of the prime occupational retail market. Simon has been involved in numerous acquisition and disposal projects for many of the countries leading retailers and was responsible for bringing Harvey Nichols to Leeds for their first store outside of London as well as acquiring one of the largest UK stores for Primark in Meadowhall. He has acted for some of the UK’s largest shopping centre developers to advise on complex site assembly, scheme extensions and major development projects. Some of the clients he works with include Hammerson, Meyer Bergman, Unibail-Rodamco-Westfield, Landsec, Intu, Five Guys, Pizza Hut, Primark, MOD Pizza, Vision Express, Inditex and Next.

Tom joined Central Retail in 2002 having previously worked in the retail agency teams at Donaldsons and JLL.

Advising both Landlords and Retailers across the country, Tom has acted for Caffe Nero for over 10 years, acquiring over 50 stores.

Tom acts on both Shopping Centre instructions and the High Street and his clients include Land Securities, Meyer Bergman, Queensberry Real Estate, Caffe Nero and Rigby and Peller.